‘Atlas surveys have proved hugely popular with BTO's volunteers; making the results of their efforts accessible to a new generation of researchers ensures their inspiring contribution has even greater impact.’
- BTO's Head of Engagement, Debbie Lee 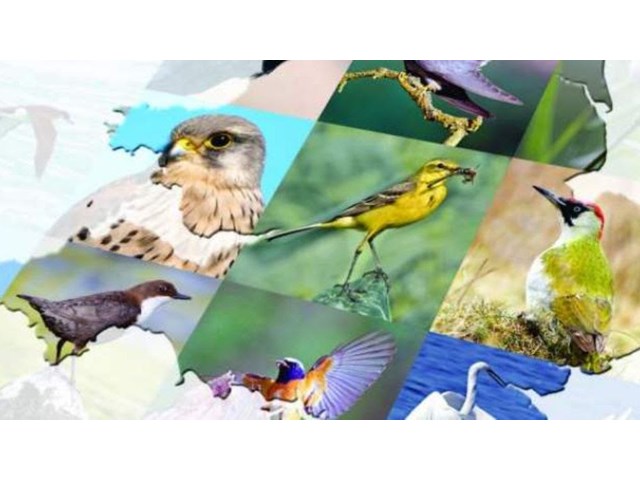 BTO Bird Atlas 2007-11
The efforts of 60,000 volunteers, mapping the distribution of breeding and wintering birds, have opened up valuable knowledge to researchers and members of the public through new open access resources.
​
Periodic surveys, mapping the distribution of birds every 20 years, have been a feature of the bird watching landscape since the late 1960s. These periodic national studies, covering both Britain and Ireland and coordinated by the British Trust for Ornithology (BTO), have yielded information crucial for conservation and been well used by researchers.

The first breeding atlas – the first national bird atlas anywhere in the world – conducted during 1968–72, was described at the time as “the biggest co-operative effort ever undertaken by field ornithologists in these islands, indeed probably anywhere in the world, which will stand for many years as a tribute to the enthusiasm and industry of a large number of people”. Subsequent atlases have continued that theme and, collectively, the series of breeding and wintering atlases from 1968–72 to 2007–11 contains 1.4 million distribution records of 458 species.

BTO researchers have been working with these data for many years, but they have now made them freely available for new audiences. The distribution maps from all of the atlases can be accessed via the Bird Atlas Mapstore, a free online resource that enables anyone to call up the distribution map for any British or Irish species. The Mapstore has been available for a while, but the underlying data have now been made freely available following the publication of a 'data paper' in the journal Global Ecology and Biogeography.

Lead author of the paper, Dr Simon Gillings of the BTO, said, ‘By making the underlying distribution and change data available we hope to facilitate new work by researchers around the world, exploring topics such as species distribution modelling, assessing the drivers of distribution change and forecasting the response of species to future environmental change.’

BTO's Head of Engagement, Debbie Lee, added, ‘Atlas surveys have proved hugely popular with BTO's volunteers; making the results of their efforts accessible to a new generation of researchers ensures their inspiring contribution has even greater impact.'