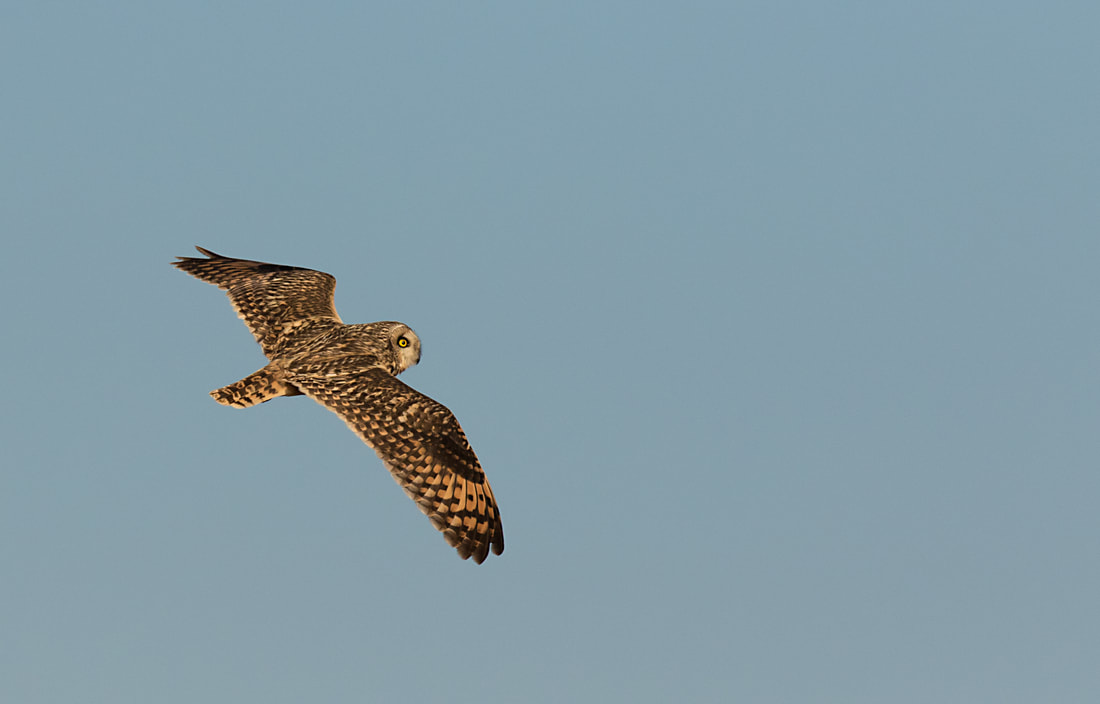 Shortie by Tom Streeter
A Short-eared Owl that has been fitted with a satellite tag while breeding in Scotland, has been tracked all the way to Morocco, revealing significant new information for British Trust for Ornithology (BTO) researchers.

The Short-eared Owl is something of a nomad, appearing in an area to breed in large numbers one year and then absent the next. Such changes in distribution and abundance are driven by the availability of the small mammal species on which the owls depend. The Short-eared Owl’s nomadic nature makes it a difficult bird to study and regular movements across country borders make it difficult to deliver effective conservation action.

Researchers from BTO Scotland have been working to improve our understanding, developing methods for surveying Short-eared Owls in their breeding haunts and tracking the movements of individuals across the year. Even though only a handful of birds have been fitted with tracking devices so far – the aim is to track 20 individuals from sites across their UK breeding range – we have already seen some amazing movements, the most exciting of which has just been revealed.

A breeding female, tagged at her nest site on Arran on 11 June this year, is currently wintering near Oualidia in Morocco. The bird left Arran to visit Bute and Kintyre from 15 – 17 July, returning to Arran for 10 days and then moving to mainland Ayrshire on 27 July. She remained here (near Dalmellington) until the end of October. She then moved to Devon, where she was present on 8 November, leaving the following evening to head south. With the help of a strong tail wind, she travelled 495 km into France in just six hours – that's an average of 82.5 km/h! She then continued south, crossing the Pyrenees on 13 November and the Strait of Gibraltar on 24 November to reach Morocco.

The latest fix places her near Oualidia, Morocco's ‘oyster capital’ (a reference to the significant role shellfish harvesting plays in the local economy), which she reached on 29 November. It will be fascinating to see what she does next.

Senior BTO Research Ecologist, John Calladine, who is leading the project, commented ‘This is only the second UK Short-eared Owl to be reported from Morocco, and what makes this record all the more amazing is that it involves a breeding female. The previous record was of a young bird, which may have been dispersing from its natal area to settle somewhere else. Our tracking work has revealed the huge distances these birds can cover; in addition to this bird wintering in Morocco, we have had birds move to Norway, with some individuals seemingly making two breeding attempts in one season, one in Scotland and one in Norway.’

BTO has tracked nine Short-eared Owls in Scotland since 2017. All have provided detailed information on their use of habitats and landscapes. Some have gone on to show some astonishing movements and behaviours which differ markedly between birds and also by the same bird between years.

To consolidate our knowledge and provide robust evidence to help the species, we need to track at least 10 more birds in the next two years. The project has been supported by private donations but needs to raise more funds to continue. Find out more about this project at: bit.ly/BTO_shorties 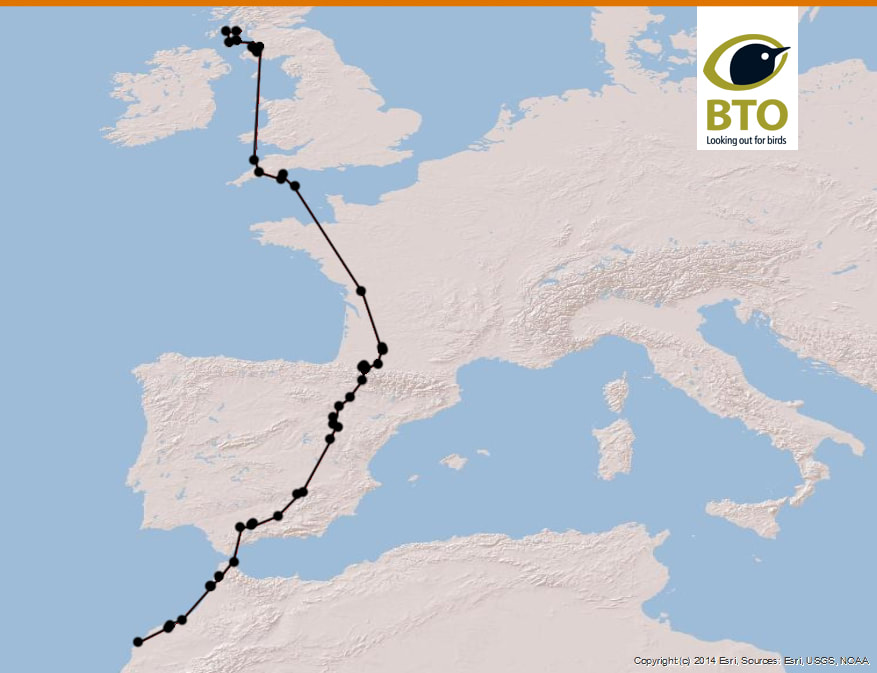