RSPB's Project puffin is back! This time scientists need snaps of puffins with fish in their bills from any year 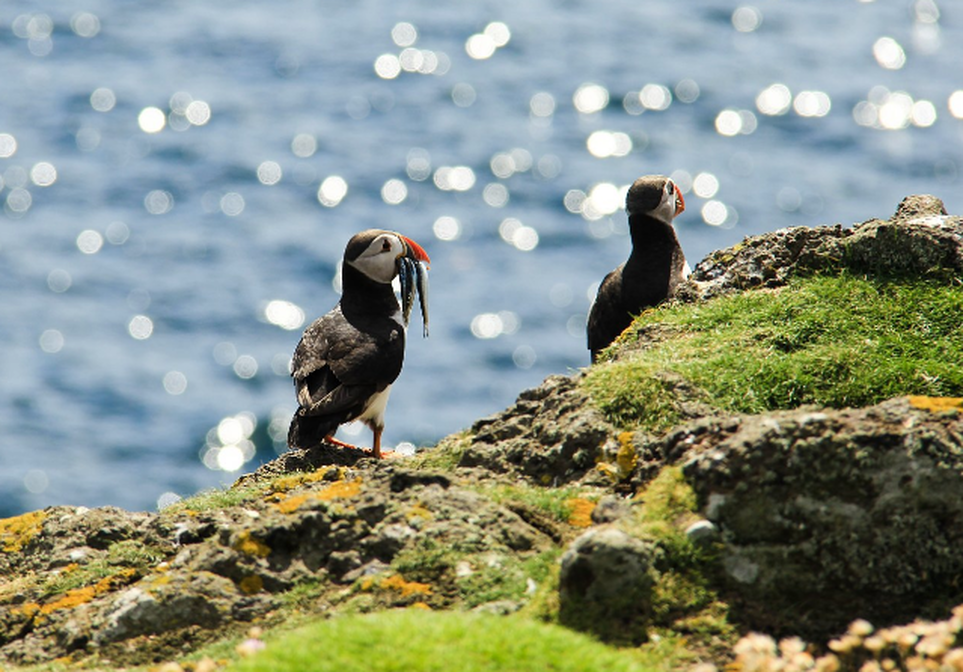 Image taken by Claire Innes, Isle of May
The RSPB’s puffin project is back and once again needs the public’s help to find out more about one of our best loved seabirds.

As in 2017, visitors to puffin colonies around the UK and Ireland in spring and summer 2019 and 2020 are being asked to join the 'Puffarazzi' by photographing these colourful seabirds with fish in their bills.

The project is now also asking for historical bird photos to be submitted as well to aid conservation efforts. All these images will help scientists learn more about what puffins are feeding their chicks, known as pufflings.

With their colourful bills, distinctive eye markings and somewhat comical walk, puffins are a firm favourite for many people. Yet, these birds are in serious trouble with their numbers plummeting in former strongholds in the UK and Europe and the species is now classed as vulnerable to extinction.

This project aims to find out the causes of these UK declines which are likely to be related to a reduction in food availability caused by climate change. Scotland is one of the most important places for puffins, with 80 per cent of the UK and Ireland population breeding here.

The public response in 2017 was incredible; 602 people joined the Puffarazzi and sent in 1,402 photos from almost 40 colonies. The photos have helped scientists identify areas where puffins are struggling to find the large, nutritious fish needed to support their pufflings. They revealed variations around the UK with some areas having far smaller fish for the puffins to feed on.
​
Scientists are now looking to build on this knowledge with one big difference this time round – rather than just asking for current photos scientists also need snaps of puffins with fish in their bills from any year. Provided the year and place of the image is known it can be submitted; there’s even a way for pre-digital photos to be included. These will help scientists to track how puffin food sources have changed over time. Images can be submitted at the Project Puffin Website.
​
Ellie Owen, who is leading the project said: “We’re so excited that Puffarazzi is back. The response last time was overwhelming and it’s thanks to this success that we’ve expanded the project. Puffins are facing a bleak future and we want to change that, which is why we need to learn more about how puffin food stocks have changed over the years. We’re asking you to dig around in your photo albums and digital files and to send us any applicable photos you have, however old they are. However big or small the fish in the photo is it will be really useful for us. Anyone can join the Puffarazzi – back in 2017 our youngest volunteer was just 11 years old – and if you took part two years ago you can do so again. Our project website has all the information on how to take part, while keeping yourself and the puffins safe.”

Guidance on the Puffarazzi website includes how to avoid disturbing puffins while photographing them such as avoiding spending more than a couple of minutes photographing a puffin carrying fish, keeping movements and noise to a minimum, not walking near or over puffin burrows, and keeping about five metres away from puffins at all times. There is also advice on how to stay safe while taking photos of puffins, what the images need to capture for the scientific information needed by the project, and the online form for submitting the photographs.