“This is really exciting news! We now know that spoon-billed sandpipers, raised by our avicultural staff on the Russian tundra, can migrate with their wild counterparts to wintering areas a quarter of the way around the globe." - Baz Hughes, WWT Head of Species Conservation 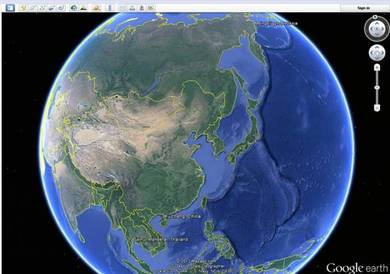 Image: WWT
A rare endangered spoon-billed sandpiper has been spotted for the first time in the wild, more than 8,000km from where it was released.

The species is unique in the animal kingdom for being born with a spoon-shaped beak, and has declined by a quarter year on year. With possibly fewer than 100 pairs left, it could be extinct within five to ten years.

25 of the critically endangered birds have been raised over two years by an Anglo-Russia conservation team on the Russian tundra, before being released to join their wild-born counterparts in migrating to South-East Asia. Until now, it was unknown whether any would be spotted until they return to Russia to breed aged two years, but this month one has been seen in Thailand, on the coast near Bangkok, and another in southern China.

WWT Head of Species Conservation Department, Baz Hughes said: “This is really exciting news! We now know that spoon-billed sandpipers, raised by our avicultural staff on the Russian tundra, can migrate with their wild counterparts to wintering areas a quarter of the way around the globe.”

Conservationists take eggs from wild spoon-billed sandpiper nests, prompting the parent birds to lay a further clutch. The hand-reared chicks are safe from predators and, with the wild-raised chicks from the second clutch, it increases the total number of birds fledging by up to ten times.

Mr Suchart Daengphayon from the Bird Conservation Society of Thailand saw the spoon-billed sandpiper at Samut Maneerat on 7 November. The hand-reared birds are all marked with small white plastic leg flags. Marking birds allows them to be identified later and helps reveal information about their movements and behaviour.

Christoph Zöckler, Coordinator of the East Asian- Australasian Flyway Partnership’s Spoon-billed Sandpiper Task Force said: “We’ve learnt an enormous amount about spoon-billed sandpipers’ movements over the last few years but there are big gaps. While we still don’t know all the places they stop over on migration, we can’t protect them or address any threats they face there.”

Wader expert Nigel Clark from the British Trust for Ornithology said: “Marking spoonies tells us many things. Studies in the early 2000s gave us some understanding of what was going wrong - not enough young were returning to breed. By marking birds now, we will be able to tell if what we are doing to conserve them is working”.

Surviving predators on the breeding grounds is the first in a series of perils that have claimed most of the species. Coastal wetlands along their migration route have been reclaimed, leaving the birds without sanctuary or food, and illegal trapping in nets is widespread.

Incredibly, within a week a second hand-reared spoon-billed sandpiper was spotted by Jonathan Martinez of the Hong Kong Birdwatching Society at Fucheng, in southern China. He also reported a vast number of illegal nets on the 500km coast north of Fucheng, which the bird had evidently avoided on its southward migration.

Dr Rob Sheldon, RSPB’s Head of International Species Recovery, said: “Just when we thought we’d solved the problem of illegal hunting in Bangladesh and Myanmar, it now appears that trapping of waders is a widespread problem in China too. BirdLife International and its new partner, the Chinese Ornithological Society, will be working hard to address this serious issue in future.”

Evgeny Syroechkovskiy, Chair of the Spoon-billed Sandpiper Task Force also commented: “The plight of the spoon-billed sandpiper has rallied extraordinary levels of support from all around the world. But conservation is costly and the spoony needs this support to continue if it is to survive. We, as conservationists, are looking at every opportunity to focus our limited funds where they will make a difference.”