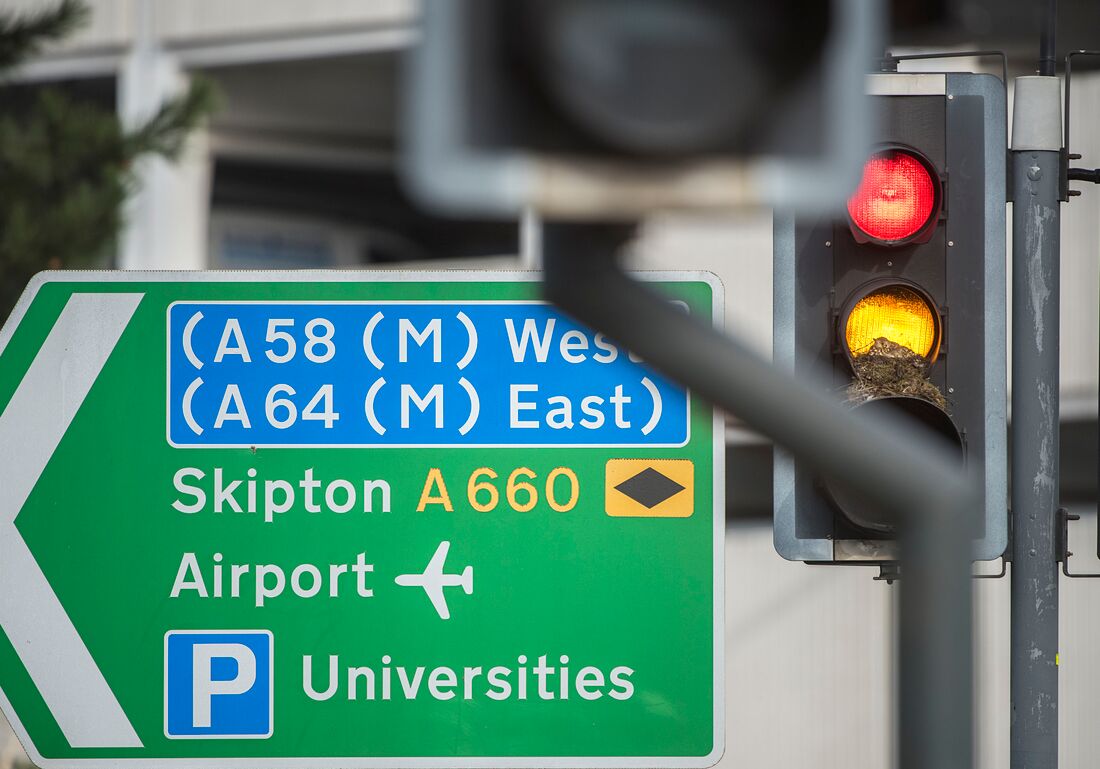 Mistle thrush family by Ben Andrew
A pair of Mistle thrush has set-up home and are rearing their four chicks surrounded by the hustle and bustle of Leeds city centre in front of an amber traffic light.

​Otherwise known as the stormcock, this species is recorded as on the UK red list. The eggs were laid as early as late-January and hatched in the middle of February during the height of storm Dennis, despite treacherous weather conditions and all four healthy chicks are set to fledge the nest.
​
The usual breeding period for these birds start with egg laying as early as late-February, with the season continuing until the end of June; a strong indicator of how climate change is having an impact on wildlife in urban areas.

The heat from older versions of traffic lights could have attracted these birds during breeding season, as they provided shelter and warmth as well as attracting insects as sources of food at night. Newer versions of traffic lights however make use of LED’s which preserve energy and don’t give off as much heat, which don’t appear to have deterred the birds from using them for breeding and rearing their young.

RSPB Wildlife Advisor Charlotte Ambrose says: “With the weather turning dramatically for much of the UK over the winter, it’s very unusual for these birds to set-up nest in traffic lights. What’s even more bizarre is the fact that we’re seeing nesting more than a month earlier than usual as there have been unseasonably high temperatures, despite storms Ciara, Dennis and Ellen. These weather conditions are having a detrimental effect on our wildlife as eggs are being laid earlier in the year, and summer migratory visitors are arriving earlier and leaving later.

“2020 is a critical year for nature and global leaders are deciding the fate of our planet later this year, based on evidence around the climate and nature emergencies we’re facing. The State of Nature report released in October showed more than 41% of UK species are in serious decline and as nature is falling silent around us, it’s never been more important that we all help give nature a home.”
OTHER POPULAR STORIES TO READ: