'An open debate about the impact of sport hunting on wildlife and conservation is long overdue and it is time for arguments for and against hunting to be exposed to public scrutiny.' - John Burton, WLT Chief Executive 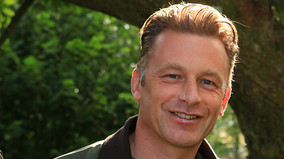 Chris Packham: (c) BBC
Recognising the need to air the arguments for and against hunting and its impact on wildlife and conservation, international conservation charity World Land Trust (WLT) is holding a public event to debate the issues at the Royal Society on 2 September 2014.

The subject of hunting and its impact on wildlife and conservation inspires a range of opinions and emotions and it is indeed rare that both sides of the argument are discussed in public. On one side of the argument are nature protectionists who believe passionately that killing for sport is not only incompatible with the preservation of wildlife but is directly responsible for the decline of certain species. On the other side are the sport hunters who believe equally passionately that field sports and wildlife management are an essential part of nature conservation.

“An open debate about the impact of sport hunting on wildlife and conservation is long overdue and it is time for arguments for and against hunting to be exposed to public scrutiny,” said John Burton, WLT Chief Executive.

Panellists will include Chris Packham, Patron of World Land Trust, and Bill Oddie, a WLT Ambassador and Council Member. Both have been both been campaigning to ban the shooting of migrant birds in Malta, Cyprus and other countries around the Mediterranean. Bill will consider the moral and aesthetic aspects of hunting and the type of people who are sports hunters, whether they are in Malta or Scotland.

Also speaking out against the impacts of hunting is Mark Avery, another WLT Council member, who helped organise the recent peaceful protests on Hen Harrier Day against wildlife crime associated with grouse shooting.

Speaking in favour of the conservation benefits of game management is Andrew Gilruth, Director of Membership and Communications at the Game & Wildlife Conservation Trust, and James Barrington, animal welfare consultant.

John Burton will reflect on the impact of hunting on WLT’s overseas conservation programmes and Garry Marvin, social anthropologist and Professor of Human-Animal Studies at the University of Roehampton, will discuss the expectations, experiences and practices of recreational hunters.

Mark Avery says he is a scientist by training and a naturalist by inclination. Having worked for the RSPB for 25 years, he was their Conservation Director for nearly 13 years. He stood down in 2011 to pursue a freelance career and since then has been writing and commenting on environmental issues.  The Independent calls him ‘Britain’s premier wildlife blogger’. The plight of the Hen Harrier is close to his heart and he is currently involved in an epetition to ban driven grouse shooting.

James Barrington has been involved in animal welfare issues since the 1970s. Former hunt saboteur and later executive director of the League Against Cruel Sports, James is currently an animal welfare consultant. He works with the Countryside Alliance, Council of Hunting Associations and Veterinary Association for Wildlife Management. He also works with the All Party Parliamentary Middle Way Group.

John Burton has more than 30 years’ experience in international conservation, including working with Friends of the Earth and 12 years as Chief Executive of Fauna & Flora International. John set up the first TRAFFIC offices for IUCN. He founded World Land Trust in 1989 and has been its Chief Executive ever since.

Andrew Gilruth is Director of Membership and Communications at the Game & Wildlife Conservation Trust (GWCT), which claims to be the UK’s leading UK charity conducting conservation science to enhance the British countryside for public benefit. For over 80 years GWCT has been researching and developing game and wildlife management techniques, and using the findings to provide training and advice on how best to improve the biodiversity of the countryside. The plight of the Hen Harrier is also close to Andrew’s heart and he is currently involved in an epetition to publish the Defra led Hen Harrier Joint Recovery Plan.

Garry Marvin is a social anthropologist and Professor of Human-Animal Studies at the University of Roehampton, London. He is particularly interested in how human-animal relationships are developed and how they are experienced by the human participants. He has conducted research into, and published on, bullfighting in Spain, zoos, foxhunting in England, the cultures of recreational hunting and hunters’ trophies. He is particularly interested in the human dimensions aspects of conservation programmes and in human conflicts about animals. His latest individual publication is Wolf (Reaktion Books, London, 2012) – a book that explores historical, social and cultural issues of human-wolf relationships. He is the joint editor, with Susan McHugh (University of New England), of the Routledge Handbook of Human-Animal Studies, 2014.

Bill Oddie is one of the country’s leading environmentalists and mixes his special brand of humour with the issues he feels passionately about. He is horrified by the spring hunting of migratory birds in Malta that happens every spring and this year joined ranks with the League Against Cruel Sports to make a film in support of Birdlife Malta’s campaign to abolish the spring hunt through a national referendum. Bill has been an Ambassador for the World Land Trust for many years and a Council member for the past three years.

Chris Packham is a patron of the World Land Trust and has been instrumental in the development of the Controversial Conservation debates. Trained as a cameraman and a renowned wildlife photographer, today he is best known as a TV presenter. His career was launched in 1986 with the award winning Really Wild Show on children’s television and he has become a household name through BBC2’s Springwatch and Autumnwatch series. Chris often campaigns for the underdog and recently joined Mark Avery to promote awareness of Hen Harriers at Derwent Dam in the Peak District where there was a peaceful demonstration against the illegal killing of Hen Harriers. He has also been to Malta to campaign against the spring hunt.

For tickets and other info, you can head over to - www.worldlandtrust.org
SIMILAR ARTICLES YOU WILL APPRECIATE: