Mega birding milestones on the Isles of Scilly 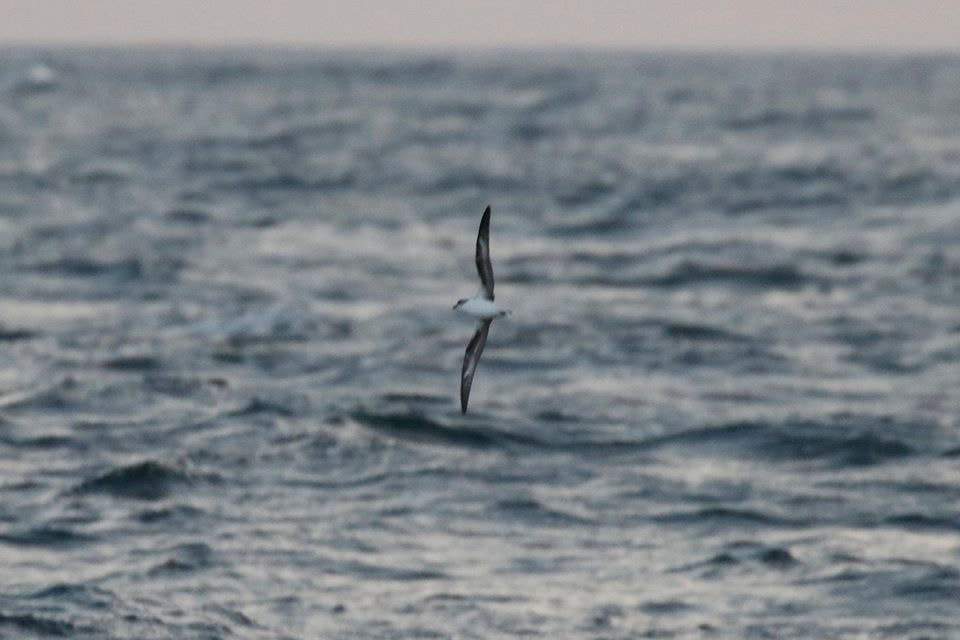 Zino's Petrel (c) Zac and Danni Hinchcliffe
The Isles of Scilly are famed for diverse, beautiful and often rare wildlife. Autumn migration is where the magic really happens and this season is shaping up to be a classic year, with sightings already including Black Kites, Spotted Sandpiper, Temminck’s Stint and an Alpine Swift.
​
The Isles of Scilly Bird Group (ISBG) is celebrating their milestone twentieth year this autumn. What’s more, they are hopeful that 2020 will mark the 450th bird species recorded on the archipelago, with the first UK sighting of a Zino’s Petrel!

Should the record be accepted by the British Birds Rarities Committee and added to the official British List by the British Ornithologists’ Union, Zino’s Petrel will be yet another outstanding addition to the Scilly ‘list’ following on from Eastern Orphean Warbler in 2017 (also a first for Britain), and Belted Kingfisher and Royal Tern in 2018. This gives the Isles of Scilly a place in the top five county-based lists in the UK, despite all the other lists covering much larger areas. 258 species were recorded here in 2019.

Will Wagstaff is president of the ISBG and has seen more bird species on Scilly than anyone else. He said: “It has been an honour to be President of the ISBG since its inception twenty years ago. In this time, the Review has become one of the premier bird reports in the country,for which all involved deserve high praise. Scilly provides a temporary home to a wide range of species, both rare and common, continually bringing us to the birding world’s attention.Species such as the Zino’s Petrel, Eastern Orphan Warbler and Cedar Waxwing capture the headlines, let alone Great Blue Herons!”

Zino’s Petrel will be a spectacular bird to (hopefully!) add to both the UK and Scilly lists. A critically endangered seabird, it is endemic to the island of Madeira – over 1,300 miles away from Scilly – where it nests in the steep ridges of the central mountains. When the birds return at night, they emit wailing calls, which were interpreted by locals as being the souls of the shepherds who died on the mountains. There are estimated to be just 60-100 pairs of Zino’s Petrel, making them one of the most endangered seabirds in Europe. Just twelve birders onboard MV Sapphire saw the Zino’s Petrel, as it cruised past the boat on the evening of 30th July.

Bob Flood, international seabird expert and finder of the Zino’s Petrel in July, has been on around 850 pelagics off the Isles of Scilly over the last thirty years. He said: “Zino's Petrel undoubtedly is the ultimate reward. To see this critically endangered Pterodroma in Scillonian waters is nothing short of sensational. Have I dreamt about seeing Zino's Petrel off Scilly? Yes, of course. Did I believe the dream could come true? No, not really. I can't think of a more fitting bird to take the rostrum as the 450th species recorded on and around our most special archipelago.”
The ISBG was formed in 2000 to represent and promote the interests of a growing number of resident and visiting birders.

They are commemorating the occasion with a special twentieth edition of their renowned Isles of Scilly Bird and Natural History Review  (272pp, RRP £15).In addition to the annual array of beautiful photographs and artwork, species write-ups, annual reports on bird ringing and seabird monitoring, and a full bird checklist, highlights from the twentieth edition include:

Carole Cilia has been editor of the Isles of Scilly Bird and Natural History Review for five years. She said: “We work as a collective; it is a joint effort sharing a multitude of skills. This is our fifth review with the present editorial team, which has tremendous support from writers, artists and photographers - all of whom give their work free of charge. We are so lucky to have such expertise in terms of knowledge of species.”
As well as covering birds, the Review is renowned for comprehensive reports of other wildlife, including cetaceans, seals and other sea creatures; butterflies, moths and other insect groups; bats and other mammals; and plants.

Carole continues: “My favourite aspect of producing the Review is that it encompasses and records all wildlife on the islands, not only birds. Each year I wonder if we will be able to top the previous year and I am always surprised at how varied the topics are. Next year we have two huge systematic lists on bees of Scilly and fish in Scilly Waters that were supposed to go in this issue, but even adding another sixteen pages we couldn't fit them in!”

Looking forward to the next twenty years, Bob is hopeful that wandering seabirds will deliver even more kudos for the Isles of Scilly: “The ocean may yet deliver further seabird surprises for the Scilly list. Just like Zino's Petrel, I feel a close connection with Bermuda Petrel -though to see both off Scilly is perhaps pure fantasy. Or perhaps not? When it comes to Scilly, anything is possible.”

Will adds: “There are still a few species I would like to see here, ranging from Jay to Smew,and it’s about time Stilt Sandpiper was added to our list. As ever, it’s all about being out in the field, in the right place, at the right time. Sadly, being sat at home when a Zino’s Petrel flies by out at sea means I’m not going to be adding that one to my list!”

With international travel facing ever-changing restrictions, the ISBG are looking forward to welcoming many familiar and hopefully some new (masked!) faces safely to the islands this autumn. Despite restrictions, there’s still plenty to see and do, including exploring the local trails that farmers kindly open for birders; boat trips to the Western Rocks, Eastern Isles and Norrad Rocks; trails and migration hotspots on all of the inhabited islands, including the birdwatching hides on Tresco; and pelagics aboard MV Sapphire.

Sadly, due to Covid-19, this will be the first season in over 45 years that there has not been a Bird Log called on St Mary’s, and the hides on St Mary’s will remain closed.
​
For more information on birding this autumn on the Isles of Scilly, please visit scilly-birding.co.uk and check Visit Isles of Scilly for tourist info.
OTHER POPULAR STORIES TO READ: