Is avian malaria behind drastic decline of London’s iconic sparrow?

'House sparrow populations have declined in many towns and cities across Europe since the 1980s. This new research suggests that avian malaria may be implicated in the loss of house sparrows across London. Exactly how the infection may be affecting the birds is unknown. Maybe warmer temperatures are increasing mosquito numbers, or the parasite has become more virulent.'
​- Dr Will Peach, Head of Research Delivery at RSPB 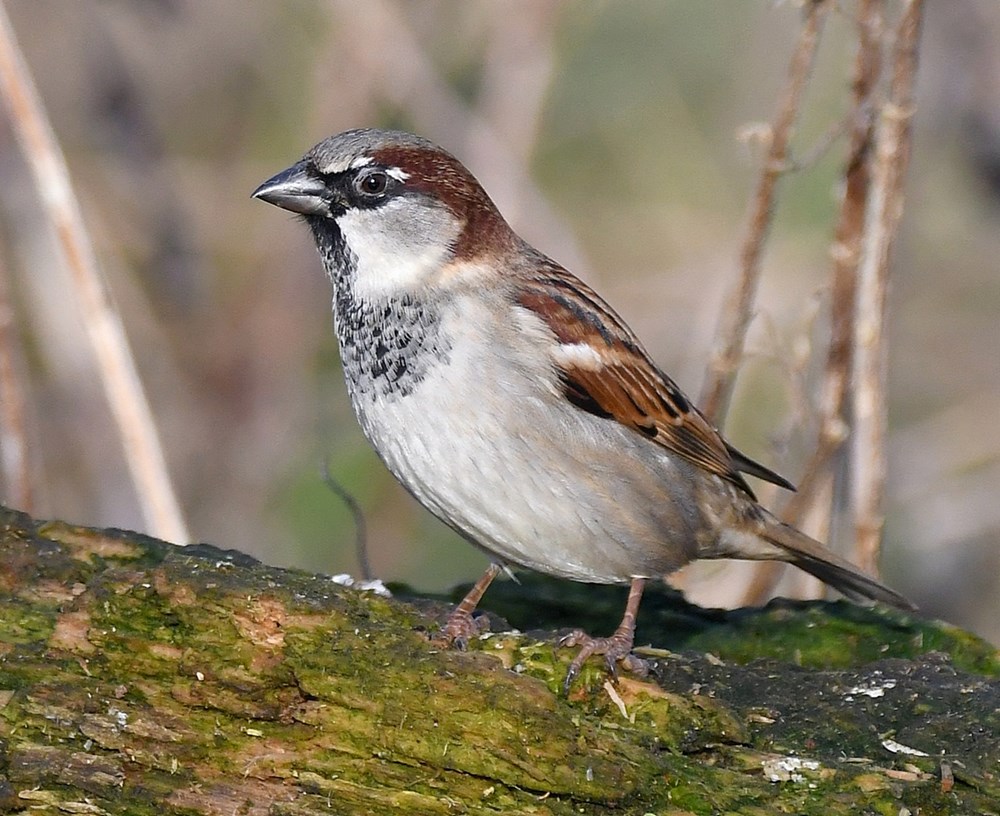 House sparrow by Carl Bovis.
A new study has found that 74% of London’s house sparrows carry avian malaria – more than any other bird population in Northern Europe – and links the intensity of individuals’ infections to sparrow decline.

Once ubiquitous across the capital city, the sudden, and unexplained decline of the iconic birds led a team from ZSL (Zoological Society of London), the RSPB, the British Trust for Ornithology (BTO) and the University of Liverpool to investigate if parasite infections were involved.

Researchers collected data between November 2006 and September 2009 at 11 sites across London. Each site was centred around a single breeding colony and spaced at least four kilometres apart to ensure that birds from different groups didn’t mix. The team estimated changes in bird numbers by counting the mature males and took tiny blood and faecal samples from sparrows, carefully caught and soon released, to monitor infection rates and severity.

Of the 11 colonies studied, seven were declining. On average 74% of sparrows carried avian malaria – a strain that only affects birds - but this differed between groups with some as high as 100%. However, it was infection intensity (i.e. the number of parasites per bird) that varied significantly and was higher on average in the declining colonies.

Former ZSL Institute of Zoology researcher and lead author Dr Daria Dadam, now of the BTO, said: “Parasite infections are known to cause wildlife declines elsewhere and our study indicates that this may be happening with the house sparrow in London. We tested for a number of parasites, but only Plasmodium relictum, the parasite that causes avian malaria, was associated with reducing bird numbers.”

Professor Andrew Cunningham, Deputy Director of Science at ZSL said: “Although we found that nearly all sparrows carry Plasmodium, there was no association between the number of carriers and local sparrow population growth. Infection intensity, however, was significantly higher in young birds in the declining populations with fewer of the sparrows monitored in those groups surviving from year to year.”

The malaria strains the study identified are widespread and infect multiple bird species. They are, therefore, likely to have been native to the UK, and to house sparrows, long before their numbers started to fall. The parasite is spread by mosquitos, which transfer it when they bite to feed. It has been suggested that avian malaria will become more common across Northern Europe due to climate change as higher temperatures and wetter weather favour mosquito reproduction, and more mosquitos will help the disease to spread. Researchers think this could be behind the sudden change.

Dr Will Peach, Head of Research Delivery at RSPB said: “House sparrow populations have declined in many towns and cities across Europe since the 1980s. This new research suggests that avian malaria may be implicated in the loss of house sparrows across London. Exactly how the infection may be affecting the birds is unknown. Maybe warmer temperatures are increasing mosquito numbers, or the parasite has become more virulent.”
​
ZSL works to protect wildlife health and understand how animal diseases spread between populations and habitats. Diseases, like avian malaria, are a significant cause of wildlife decline, a direct threat to a number of endangered species and can infect domestic animals too. Only by understanding the mechanisms of infection and the effect that these diseases have can we can put in place strategies to mitigate them.
​
www.zsl.org