A seven-year-old schoolgirl from Pitmedden is to have her wildlife drawing displayed at the Mall Galleries in London after coming second in the national RSPB WildArt 2011 competition which attracted hundreds of entries from across the UK.

Amelia Hoey won runner up in the under 8's category for her beautiful drawing of a swallowtail butterfly. Amelia said: “I like drawing and I chose to draw the butterfly because I found it exciting”.

The national RSPB WildArt competition is held annually for children up to the age of 18, where young artists are encouraged to send in pictures of wildlife in the UK, everything from butterflies to puffins. Winning pictures from three age categories are exhibited as part of the Society of Wildlife Artists Exhibition in London. The Society of Wildlife Artists hopes to encourage more young people to get involved in wildlife art and has been exhibiting winning entries from RSPB WildArt since 1995. Amelia’s picture will go on display at the Mall galleries, London from 27th October until 6th November. It will be one of only three pictures from Scotland to be exhibited.

Amelia’s family will be travelling down to London together to see the picture on display. “It’s made a huge difference to Amelia,” said Kirsty, Amelia’s mother, “it’s inspired her to draw constantly, and it has sparked her interest and imagination.”

Rebekah Stackhouse, Education and Youth Programmes Manager, RSPB Scotland, said: “Amelia’s picture is fantastic. She has captured the vibrant colours of the butterfly beautifully. Her picture really stood out.  It’s a brilliant to see so many entries from Scotland, the competition really encourages children to explore art and nature, and that’s great to see!"

If you are interested in finding out more about nature, local RSPB Wildlife Explorers groups run lots of exciting wildlife activities for children, allowing young people to learn about nature in their local environment whilst having fun at the same time. The RSPB also runs a programme of events for all ages throughout the year.

RSPB Wildlife Explorers is the junior membership of the RSPB. You can find out more info at www.rspb.org.uk/youth if you're thinking of joining.

Having made it as far north as London, it seems the Jersey Tiger moth is now heading east after sightings at the RSPB’s Northward Hill nature reserve.

The colourful moth was restricted to the Channel Isles but in recent years has turned up along the South Coast. And now, it looks like the moth is spreading its wings further afield, with what appears to be a thriving population in London, and now this sighting in North Kent.

David James, field teacher at RSPB Northward Hill, said: “I’ve checked all our records and those from other people who have trapped here – to no avail. So with this first sighting at Northward Hill nature reserve it looks like the Jersey Tiger might be spreading further East.

“We’ll need to keep monitoring the situation and see if we get further sightings before we can be sure.”

With its cream stripes on dark brown wings and red marking under the wings, the Jersey Tiger moth is very distinctive. And unlike most other moths it also flies during the daytime making it easier to see. 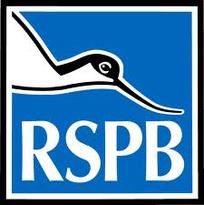 They might not be colourful, pretty or elegant like some insects, but ants are a fantastic addition to any wildlife garden. And as the tiny creatures are currently at their most active and noticeable, the wildlife charity RSPB is asking householders and gardeners to be sympathetic to what are actually fascinating, clever insects.

The RSPB says that outdoor ants should be completely left alone where possible, as small, ground feeding birds in particular, like wrens, robins, dunnocks, house sparrows will welcome them as a snack.

Ants help plants by suppressing other insects that eat them, by carrying seeds to new areas and by aerating soil. Lots of other invertebrates depend on ants for food or shelter.

Some butterflies attract ants to their caterpillars, where the ants guard them and they may finish their development inside the ant nest, and some woodlice live only in ant nests.

Flying ants are also beneficial to the garden and other creatures. The warm temperatures and damp conditions are building towards the annual flying ant swarm when black garden ants emerge in their millions to mate, but the weather conditions have to be just right.

It’s thought this mass mating evolved to increase the ants’ chances of reproducing and as a self-defence mechanism; safety in numbers you see.

Flying ants have very short lives and the males die soon after mating while the females shed their wings once they’ve flown to a new site.

The wildlife spectacle of the mass of insects that gather is with us for a very short time and will attract the attention of birds like starlings, gulls, house martins and swifts. It’s estimated that birds, particularly swifts, eat one out of every ten. It helps the birds, especially the young, beef up their body mass and get fit for the long migratory journey back across Europe and down to Africa, where they’ll spend the winter.

Many people try to destroy ants using chemicals like insecticides, gasoline or soap. Some try to drown them with water, particularly boiling water from the kettle but the RSPB says these methods are often ineffective.

Ants are social insects just like humans, they build elaborate nests in walls or under stones in soil, logs and paving stones. They also perform important roles such as suppressing other pests like aphids and aerating soil.

Mark Gurney, from the RSPB says: “Ants are farmers, workers, conquerors and thieves.

“They’re fascinating creatures, and a vital part of the food chain in gardens. The RSPB would urge people to leave them to go about their business without trying to get rid of them wherever possible.”