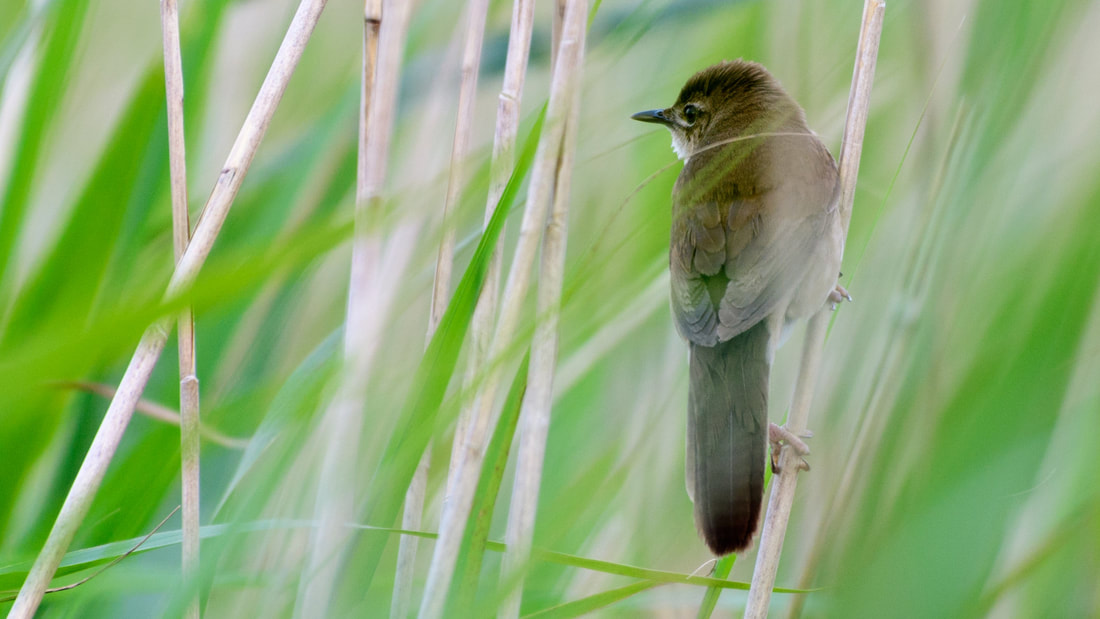 Following the discovery of a lone male Savi’s warbler, spotted by warden Ken Maurice on 14 June, a second bird was seen a month later. Volunteers kept a close watch and saw behaviour that confirmed the birds were breeding, including carrying food to an unseen nest.

Savi’s warblers, known for their long, buzzing trill that carries across reedbeds, are very rare visitors, with only eight previous sightings in Wales, including one at RSPB Cors Ddyga back in 1999. While common in southern Europe, they are at the very limit of their range here. Most records are of singing males that stay just for a few days, which makes the nesting an exciting result for the staff, volunteers and bird watchers on the reserve.
​
This nesting follows the successful establishment of other rare species on the reserve. Bitterns, elusive birds famous for their cryptic plumage and 'booming' call and marsh harriers have again nested on the nature reserve for the fourth consecutive year. Prior to 2016, neither species had nested in Wales for several decades.
​
RSPB Cors Ddyga Site Manager, Ian Hawkins, said: “We’re absolutely thrilled to confirm that the first pair of Savi’s warblers are nesting here on the reserve. It goes to show that all the work we’ve put in to restore the wetland habitats has paid off and it’s safe to say that Cors Ddyga is a nationally important place for nature. Let’s hope our work will attract new species as their breeding ranges move northwards and westwards in response to climate change.”

Since 1994, RSPB Cymru wardens and volunteers have been restoring the wetlands in the Cefni Valley, creating a mosaic of reedbed, wet grassland and wet woodland. As a result, RSPB Cors Ddyga is now home to a suite of wetland species including grasshopper warblers, water rail and pillwort; a tiny fern that lives in muddy areas where livestock graze. The site also boasts the largest population of lapwing on Anglesey, with 71 pairs nesting in 2019.

Hawkins added:​ “Thanks to funding from the National Lottery Heritage Fund and the WREN Biodiversity Action Fund, we have been able to install sluices that hold the water in the reedbeds, improving the quality of the habitat and insect life in the wetland. The funding has also enabled us to create a new visitor trail at the reserve, from which the male Savi’s warbler could be regularly seen and heard.”