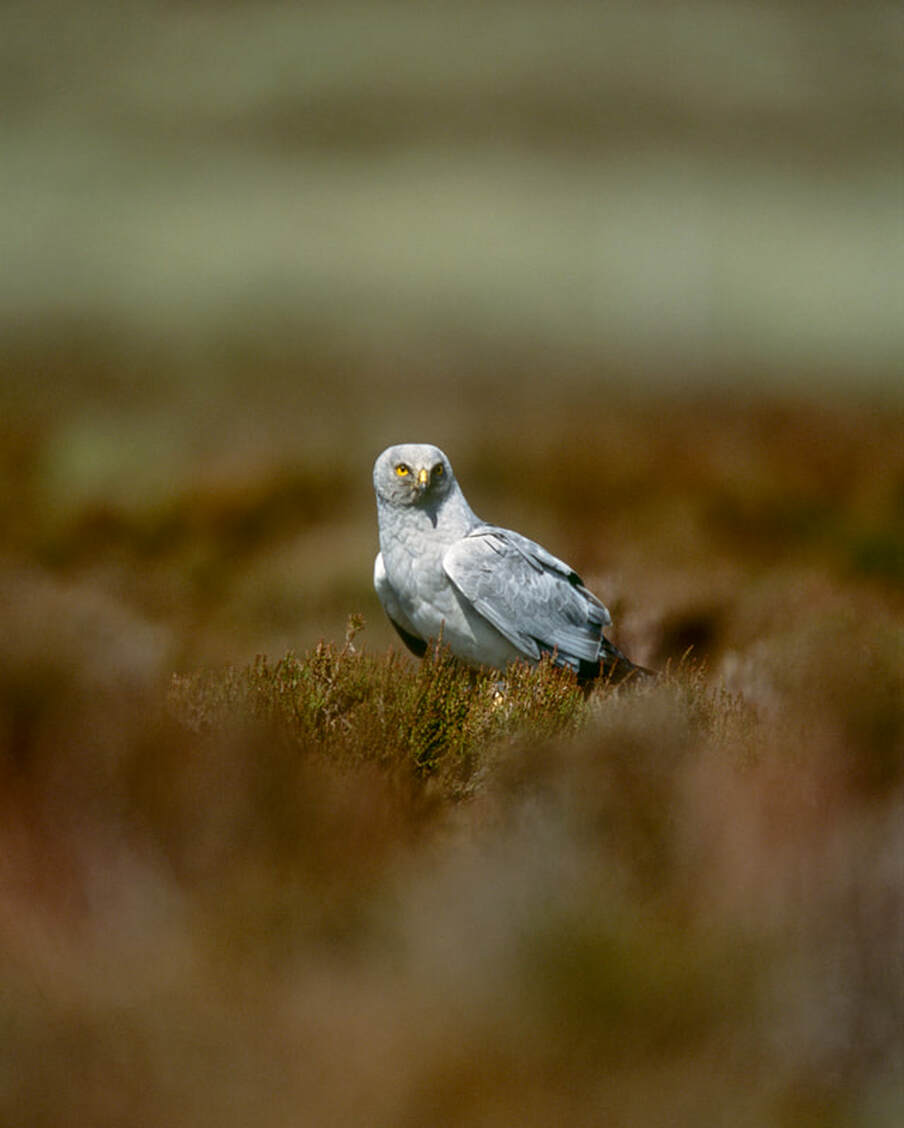 The police and the RSPB are investigating the sudden disappearance of yet another satellite tagged hen harrier in North Yorkshire, the county with the worst reputation for bird of prey persecution.

The bird, named River, was one of several hen harrier chicks in England fitted with a satellite tag as part of the RSPB’s Hen Harrier LIFE project last summer (2018). These lightweight tags allow the RSPB to monitor the birds after they fledge.

Her tag’s last known transmission came from a driven grouse moor between Colsterdaleand Nidderdale – an area with a history of bird of prey persecution – on 14 November. She was known to have been hunting and roosting in the area for several weeks. RSPB Investigations staff and North Yorkshire Police searched the area, but there was no sign of the bird or the tag. She has not been heard from since.

All birds of prey are protected by the Wildlife and Countryside Act 1981. To kill or injure one is a criminal offence and could result in an unlimited fine or up to six months in jail. North Yorkshire Police investigated the disappearance, but no information has been forthcoming.

Hen harriers are rare birds which nest in moorland, especially in the uplands of Northern England and Scotland. However just nine nests were recorded in England last year, despite enough prey and habitat to support over 300 pairs. They have not successfully bred in North Yorkshire since 2007.

Over 30 hen harriers were tagged last summer in the UK. Between August and November 2018, nine of these, including a 10th bird tagged in 2017, disappeared at different locations in the UK.

Mark Thomas, Head of RSPB Investigations UK, said: “Again we have news of a disappeared harrier, again in North Yorkshire, and again last known to be on a grouse moor. Hen harriers are barely clinging on as a breeding species in England. They should be a common and joyful sight over the moorlands of North Yorkshire, however the reality is most people only know them as being rare and persecuted.

“The idea that this bird may have been deliberately targeted is incredibly worrying, especially in the context of eight others which have vanished in similar circumstances. When a tagged hen harrier dies naturally, we expect the tag to continue transmitting, enabling us to find the body. This was not the case here. Instead, there was no trace of the tag or the bird, which is highly suspicious. When hen harriers disappear like this over an area with a history of raptor persecution, it’s hard not to draw conclusions.”

The RSPB’s latest Birdcrime report showed that North Yorkshire is consistently the worst county in the UK for recorded bird of prey persecution, accumulating significantly more confirmed incidents in the last five years than anywhere else. In 2012, hen harrier ‘Bowland Betty’ was found shot at nearby Colsterdale. A reward was offered but no culprit was identified.
If you have any information relating to this incident, call North Yorkshire Police on 101.

If you know about raptor persecution occurring in your area and wish to speak out in confidence, call the confidential Raptor Crime Hotline on 0300 999 0101. If you find a wild bird of prey which you suspect has been illegally killed, you can contact RSPB investigations on 01767 680551 or fill in the online form here.
​
WIN - enter our new photography competition for UK birders here