Half a million people across the UK take part in RSPB’s Big Garden Birdwatch, counting more than 7.5 million birds in total 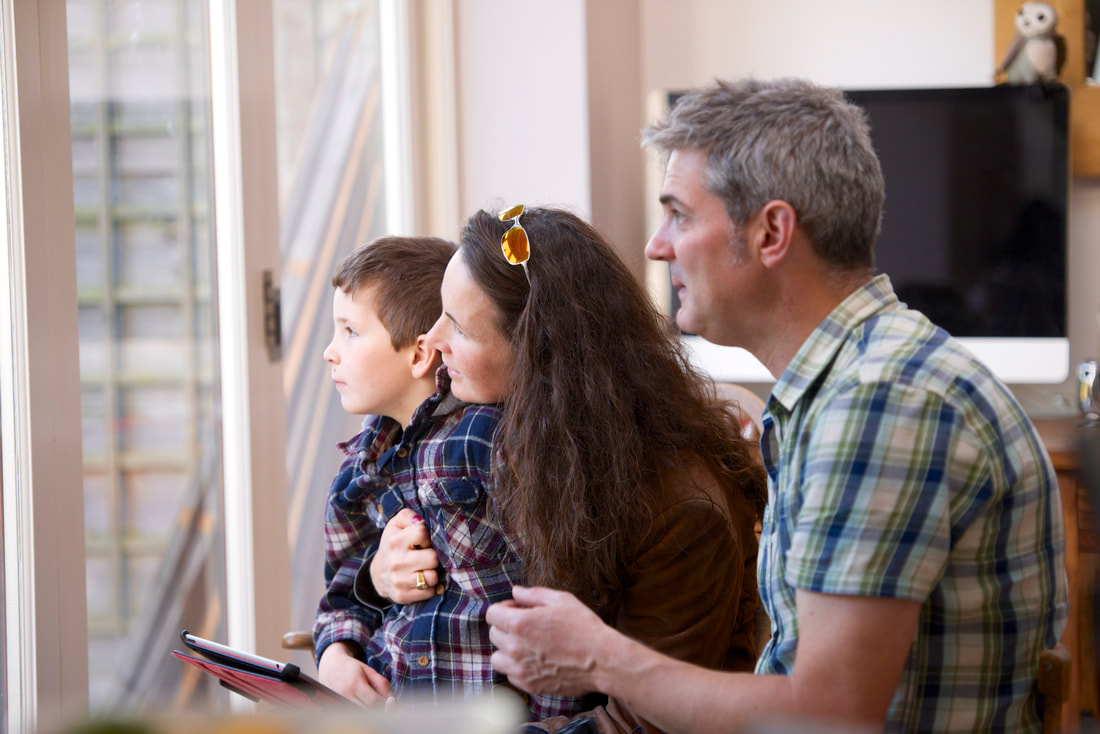 The latest results from the RSPB’s Big Garden Birdwatch have revealed a mixed picture for the UK’s garden birdlife with 15 of the top 20 species returning fewer sightings in gardens across the country than in 2018.

Now in its 40th year, the Big Garden Birdwatch is a chance for people of all ages to count the number of birds that visit their garden helping the RSPB build up a picture of how they are doing. This year, almost half a million people across the country took part counting an impressive 7.5 million birds.

The event, held over the last weekend in January, revealed the house sparrow held on to its number one spot whilst there was a decrease in garden sightings of wrens and long-tailed tits, two of the smallest species to visit our gardens. Long-tailed tits decreased by more than 27% and wrens by 17% in 2019 after being counted in particularly large number in 2018. Populations of both species may have been affected by last year’s ‘Beast from the East’ as small birds are more susceptible to spells of cold weather. But it’s too early to say if this is a one year blip or the beginning of a trend.

Over its four decades, Big Garden Birdwatch has highlighted the winners and losers in the garden bird world. It was first to alert the RSPB to the decline in song thrush numbers. This species was a firm fixture in the top 10 in 1979. By 2009, its numbers were less than half those recorded in 1979, it came in at 20th in the rankings this year.

Daniel Hayhow, RSPB Conservation Scientist, said: “Over its long lifetime, the survey has shown the increasing good fortunes of birds such as the goldfinch and wood pigeon and the alarming declines of the house sparrow and starling. But there appears to be good news for one of these birds. While the overall decline in house sparrow numbers, reported by participants, since the Big Garden Birdwatch began is 56% (1979–2019), in the most recent decade (2009-2019) numbers appear to have increased by 10%. Giving us hope that at least a partial recovery may be happening. This year’s survey also highlighted a rise in the number of sightings of redwings and fieldfares on last year’s figures."

The house sparrow remained at the top of the Big Garden Birdwatch rankings at the most commonly seen garden birds with more than 1.2 million recorded sightings throughout the weekend. Starling held down the second spot once more, with the blue tit moving up one spot to round off the top three.

Throughout the first half of the spring term the nation’s school children took part in the RSPB’s Big Schools Birdwatch. The UK-wide survey of birds in school grounds saw close to 60,000 school children spend an hour in nature counting the birds. Blackbird was the most numerous species seen with an average of 8 per school; and was seen in 89% of all schools that took part.

Martin Harper, the RSPB’s Director of Conservation said “Our garden birds should be a part of our everyday life. For many people they provide our only connection to the natural world and bring enormous joy. To have hundreds of thousands of people spend an hour watching the wildlife in their garden doesn’t only help us build up a picture of how our garden birds are doing, but people who take part feel better.”

To highlight the crisis that nature is facing and the loss of over 40 million wild birds from the UK in just half a century, the RSPB is releasing a specially-created track of birdsong titled ‘Let Nature Sing’. The single contains some of the most recognisable birdsongs that we used to enjoy, but that are on their way to disappearing forever.  A compilation of beautiful sound recordings of birds with powerful conservation stories including the cuckoo, curlew, nightingale, crane and turtle dove who form part of the dawn chorus choir.

The charity is calling on the public to download, stream and share the single (available 5th April) and help get birdsong into the charts for the first time, spreading the word that people across the UK are passionate about nature’s recovery.

Martin Harper continued, “Birds are such iconic parts of human culture but many of us no longer have the time or opportunity to enjoy them. The time we spend in nature, just watching and listening, can have huge benefits to our wellbeing, especially in these stressful times. The RSPB wants to help more people reconnect with their wilder sides and is bringing birdsong back into people’s busy lives by releasing a soothing track of pure unadulterated bird song. We hope that by understanding what we have lost that we inspire others to take part in the recovery. Without nature our lives are so less complete.”

For a full round-up of all the RSPB Big Garden Birdwatch results and to see which birds were visiting gardens where you live, visit www.rspb.org.uk/birdwatch 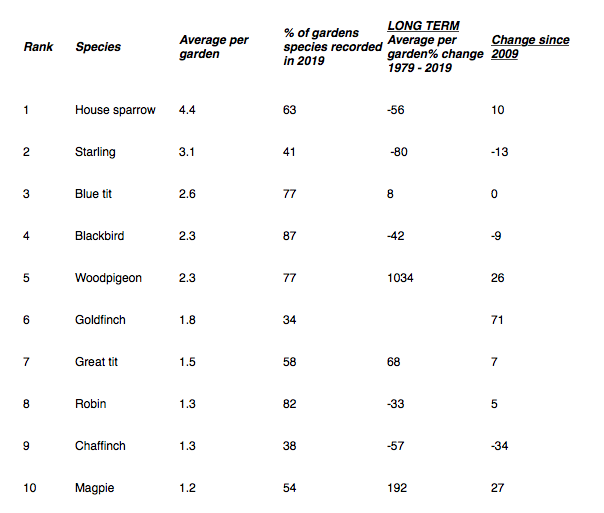