'The last refuge of the Madagascar pochard is one of the last unspoilt wetlands in the country, but it’s simply not suited to its needs. Something similar happened in the UK when the lowland red kite became confined to upland Wales, and in Hawaii, where the last Nenes survived only on the upper slopes of volcanoes because introduced predators had occupied their favoured habitats.' - Dr Andrew Bamford, WWT research officer 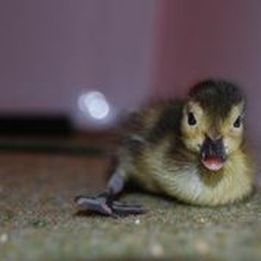 Madagascar Pochard chick: (c) WWT
The first ever study of the world’s rarest bird – the Madagascar pochard – has revealed that 96% of its chicks die before fledging. The conclusion is that the last remaining population will never recover and expand without outside help. Just 25 pochards remain in the wild, restricted to one wetland in northeast Madagascar – a complex of lakes near Bemanevika.

The study, published in Bird Conservation International, found that the level of mortality actually increases as the chicks get older, peaking when they are between two and three weeks old. The researchers conclude that most chicks slowly starve to death once they’re old enough to dive for food, because the water is too deep for them.

It is unlikely that the pochards historically bred at Bemanevika, but they have been forced from their favoured habitats as wetlands across Madagascar have been turned over to rice and fish farming, and the lake’s remoteness has allowed them to survive undisturbed.

WWT senior research officer Dr Andrew Bamford, who led the study, said: “The last refuge of the Madagascar pochard is one of the last unspoilt wetlands in the country, but it’s simply not suited to its needs. Something similar happened in the UK when the lowland red kite became confined to upland Wales, and in Hawaii, where the last Nenes survived only on the upper slopes of volcanoes because introduced predators had occupied their favoured grassland habitats. For the species to survive, we need to start another population in a large, shallow wetland. In 2009 the project partners started a conservation breeding programme and now have 54 pochards in captivity. We’ve found wetlands nearby that have potential but they need restoring, so we’re asking the community there if we can work with them to improve the wetlands for their benefit and the pochards at the same time.”

The Madagascar pochard is a diving duck endemic to Madagascar that is related to the UK’s common pochard and tufted duck. It was once widespread but had almost disappeared by the 1960s before there was any attempt to study it and it was subsequently declared extinct. The pochards are known as fotsimaso (pronounced foots-mass) in the local Malagasy dialect – this means ‘white eye'.

The species was rediscovered by The Peregrine Fund when 13 pochards were found at remote volcanic wetlands in 2006. Since then researchers from WWT, Durrell Wildlife Conservation Trust and The Peregrine Fund have undertaken a range of studies to learn as much as possible about the remaining birds – building floating platforms to collect faeces and feathers, mapping the wetlands underwater using SONAR and collecting sediment, and meticulously recording the birds’ behaviour.

Felix Razafindrajao, who leads field efforts for Durrell and is studying the pochard for his doctoral thesis, said: “I am so proud to have been involved from the beginning with the collection of the eggs from the wild that laid the foundation for the captive population. Now with a safety net in place, we have been able to focus on this research that helps us understand why the pochard is so rare. For me the greatest reward has been working with the local communities and authorities in the Sofia region, who have quickly taken up the fotsimaso (our name for the pochard) as an emblem for both the region and protection of the environment.”

The wetlands that had formed in volcanic craters are deep with steep sides and surveys showed that even in the sediment, little food was available to the ducks. Researchers found that ducklings fed at the surface until two weeks old, which is typically when related species switch to diving for food, and the elevated levels of mortality were observed after this point. The only dead chick that was recovered was aged four weeks and very underweight and the few chicks that survived until six weeks were very underdeveloped and had still not moulted into their first full feathers. 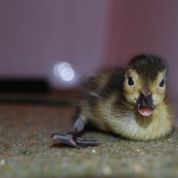 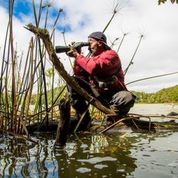 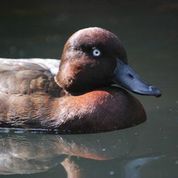 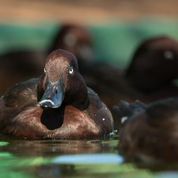 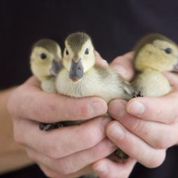 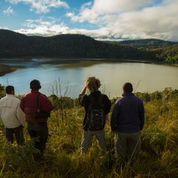 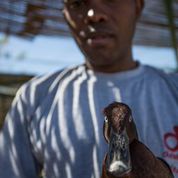 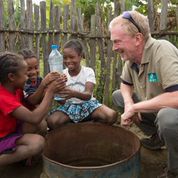 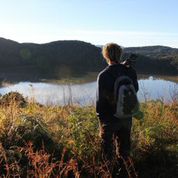