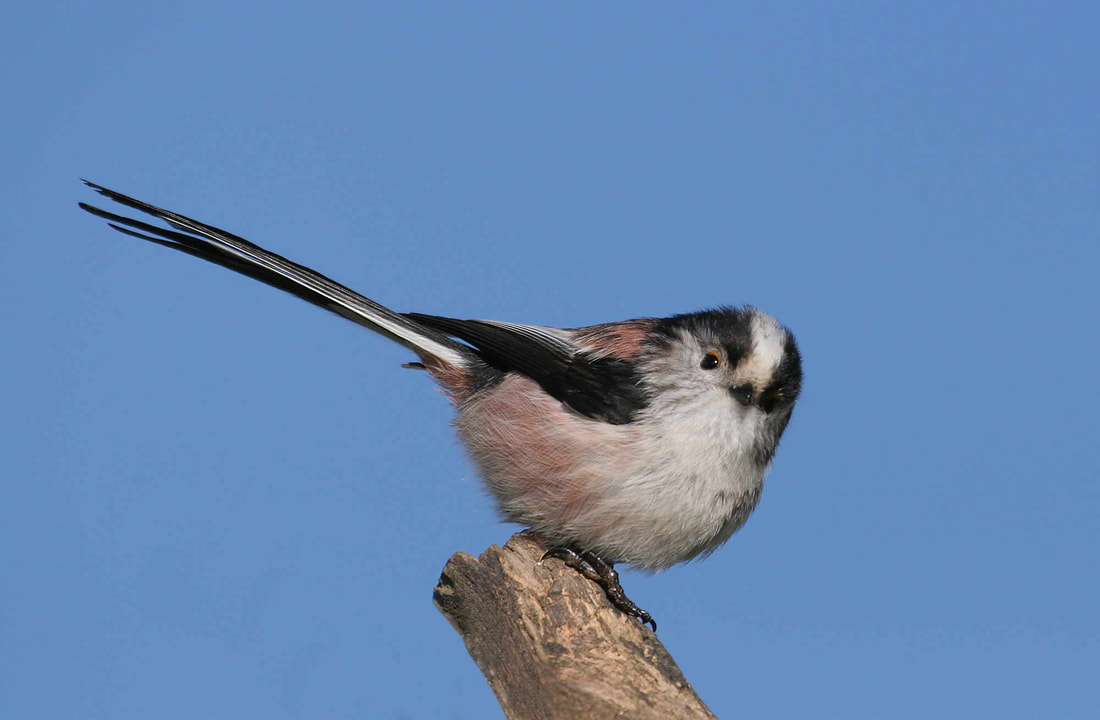 Long-tailed tit by Jill Pakenham/BTO
New research, just published in the journal Bird Study, has shown that one third of 68 breeding species in England have been affected by climate change, leading to notable increases in some and declines in a few.

​Looking at fifty years of data collected in England by citizen scientists as part of the British Trust for Ornithology’s (BTO) long-term monitoring of bird populations, scientists from BTO and Natural England have shown that there are real effects of climate change on bird populations in England, particularly for a range of resident species during both the summer and winter.

Of the 68 species looked at, 24 showed evidence that changes in their populations were linked to temperature or rainfall. For thirteen species (including Corn Bunting, Goldcrest and Long-tailed Tit), their populations appeared to be at least 10% larger as a result of climatic trends, whilst at least three species saw their numbers fall by at least 10% as a result of climate change - Cuckoo, Little Owl and Reed Warbler.

James Pearce-Higgins, Director of Science at the BTO and the paper’s lead author, said, “Given the changeable British weather, it can be difficult for us to see the long-term impacts of climate change, but by monitoring bird populations we can track impacts upon the natural environment. Thanks to the efforts of our volunteer bird surveyors who have been counting birds in England for over 50 years, we can show that climate change is already affecting about 1/3 of breeding bird populations monitored. Whilst some of these impacts have resulted in population increases, as harsh winters which naturally limit the populations of some resident species have become less common through time, there are also species which appear to have declined too.”

The full paper can be accessed here
OTHER POPULAR STORIES TO READ: