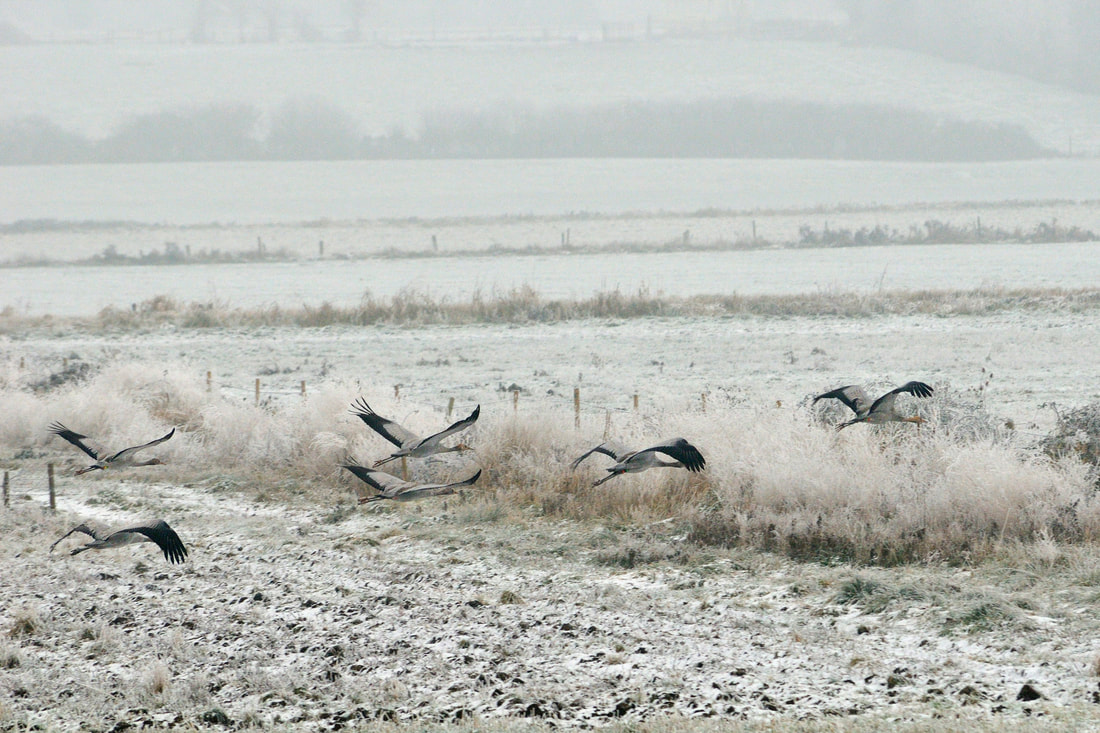 Flock of six juveniles - (c) Nick Upton
Common crane numbers have hit record-breaking levels after becoming extinct in the UK nearly 400 years ago. Thanks to the efforts of conservationists, 64 pairs were present in 2020.
​
These birds, the UK’s tallest at 4ft, used to be quite common but a combination of hunting and wetland decline in the Jacobean era led to their extinction in the 1600s.

In 1979, a small number of wild cranes returned to Norfolk and conservation groups have been working together to encourage more and more of these birds.

They have now spread to other areas of the UK, benefiting from improved habitat such as at the RSPB’s Lakenheath and Nene Washes reserves. Over half of all the cranes fledged in the UK since 1980 have fledged since 2015 - so the last five years have been incredibly productive.

In 2010, the Great Crane Project – a partnership between the RSPB, WWT and the Pensthorpe Conservation Trust, and funded by Viridor Credits Environmental Company – began creating and improving existing habitat, as well as hand-rearing young birds for release on the Somerset Levels and Moors.

All the conservation effort on peatland restoration and wetland protection has yielded impressive results, with 64 pairs across the UK last year, producing 23 chicks. Nature reserves have played a vital role. At least 85% of the breeding population are found on protected sites, with a third on RSPB reserves alone. The total population is now believed to be over 200 birds - a new record.

Damon Bridge, Chair of the UK Crane Working Group:
“The return of cranes to the British landscape shows just how resilient nature can be when given the chance. If we want to see this success continue then these sites that cranes use and need must get adequate protection.”

Andrew Stanbury, RSPB Conservation Scientist:
“Thanks to the dedication of individuals, the UK Crane Working Group and conservation organisations, we are delighted to see crane numbers continuing to grow. Government has already highlighted cranes as one of a number of species which have yet to receive strong protection for the areas they make their home. If we want to see this amazing achievement repeated across the UK, Governments must take action to designate the most important sites for this iconic species as part of the UK’s protected area network.”

John Blackburn, from the Norfolk Wildlife Trust:
“This is a result of the improvements and expansion of important wetland sites. The Norfolk Wildlife Trust is proud that our Broadland reserves, are not only the cradle of our growing crane population, but still their favoured stronghold, and is testimony to NWT's staffs' commitment." 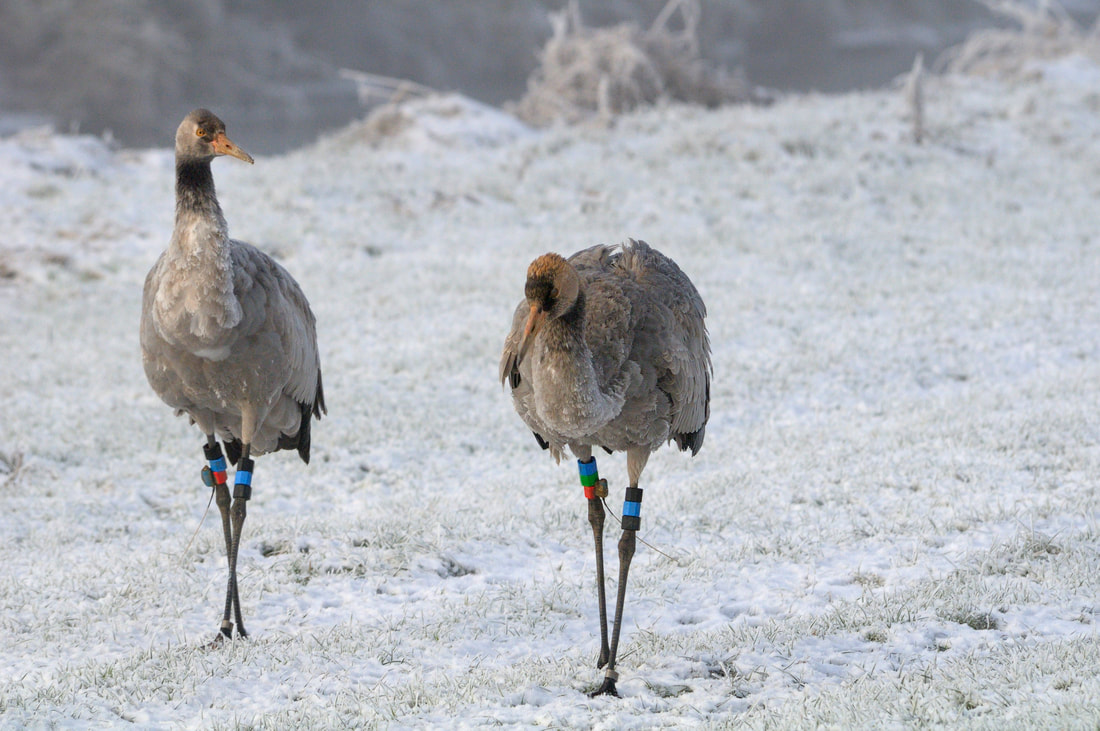