​Britain is booming! Bitterns on the rise and here's where to see one 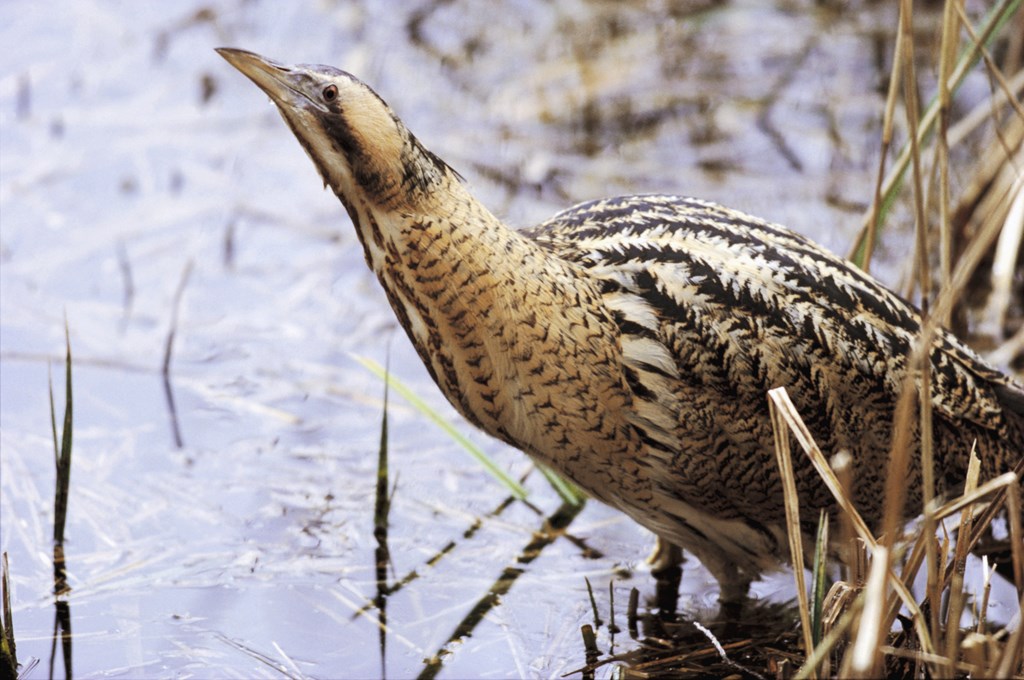 Bittern by Andy Hay
Britain’s loudest bird – once extinct – has enjoyed its best year since records began, according to a new survey by the RSPB.
​
Conservationists are heralding the success of a project to bring bitterns (a type of heron) back from the brink of extinction.

Despite its claim to fame as Britain’s loudest bird, bitterns are highly secretive. With their well camouflaged, pale, buffy-brown plumage, bitterns spend most of their time hiding in dense stands of reed and are so elusive scientists count them by listening for the males’ distinctive booming call.

Since 2006, there has been a year-on-year increase in the number of bitterns making their home in Britain. This year numbers reached record levels once more with 198 males recorded at 89 sites. This compares to 188 at 82 sites in 2018.

They had completely disappeared in Britain by the 1870s, before recolonising early in the 20th century. However, they found themselves back on the brink in 1997 when numbers dropped to just 11 males.

Simon Wotton, RSPB Senior Conservation Scientist, said: “Bitterns are one our most charismatic birds. Their astonishing recovery from the brink of extinction is a real conservation success story and example of what is possible through targeted efforts to restore wildlife habitat.
“It’s a delight to hear their distinctive booming call echoing across the reedbeds every year as more and more bitterns are making new or restored wetlands their home.”

Two EU LIFE funded projects helped reinvigorate the bittern population, alongside the legal safeguards in place within Special Protection Areas (SPAs). But the number of SPAs has not increased for 20 years, despite plans to designate more SPAs as bitterns arrived in their newly created habitats.

When the RSPB first started regular annual bittern monitoring in 1990, over 90% of booming bitterns were found on SPAs designated for the bird but this year only 23% were recorded on designated SPAs, leaving bittern nests vulnerable to damage and destruction. The UK has the second lowest percentage of its national territory designated as SPAs of the EU28 member states.

The RSPB’s conservation director Martin Harper added: “The recovery of the bittern is a great success story.  It highlights the importance of nature reserves and protected areas in providing this species a lifeline.

“Equally, we know that dedicated funding from the EU has been instrumental in driving positive action.

“Rhetorical commitments to restore nature in a generation must be backed up with legal targets and adequate resources. That is why it is essential that governments across the UK pass new environment laws to drive nature’s recovery and replace the funding that will be lost if and when the UK leaves the European Union.“

102 male booming bitterns were recorded across RSPB sites, up from 92 last year.

Booming was reported from five new sites. Although the number of confirmed booming males in Somerset dropped from 55 to 48 boomers, record levels were noted in the Fens and North Eastern England.

Bitterns are a secretive bird, very difficult to see, as they move silently through the reeds at the water’s edge, looking for fish. If you keep your eyes peeled you might be lucky to spot one at a number of RSPB nature reserves in Somerset, East Anglia and Yorkshire.