THE BEST OF THE MOST RECENT TV, TOURS, TALKS & EVENTS COVERAGE

Europe: The Algarve in autumn 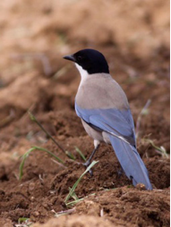 Although an increasingly popular destination with holidaymakers and retirees from Britain, this is a trip that will take you off the tourist track to a land where the likes of European White Stork, Purple Swamphen and local superstar - the Azure-winged Magpie offer the prospect of a truly memorable tour.

Starting in Faro, it’s best to head west - high into the Serra do Monchique and with panoramic views back down to the Algarve coast. The best of southern Portugal’s coastal and inland birding sites lie within easy reach.

The prospect of finding Little Bittern or Audouin’s Gull in amongst the clusters of Little and Western Cattle Egrets, Black-winged Stilts and other wetland birds is a definite possibility. Bluethroats and Common Waxbills are often about in autumn and past surprises here have included Spotted Crake and Pectoral Sandpiper.

One of the Algarve’s many attractions in Autumn is that migrants can turn up anywhere. Your day might variously begin by enjoying Firecrests and Rock Bunting on hillsides near your hotel, or tingling with excitement at the sight of Black Kite, Short-toed Eagle or other southbound birds of prey circling above your head.

UK: Try to spot the top 20 and the mythical 'Boobrie' in the Highlands this autumn 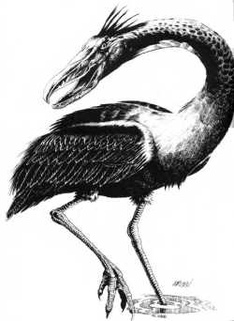 The legendary Boobrie
Yes, we  know – ‘please don’t wish the summer to be over already’ we hear you cry. And we do concur. But, it is worth getting these thoughts in early if you are wondering where to go this Autumn for a well earned break away from it all. Accommodation and Tours do book up early.

The Scottish Highlands are beautiful, and offer romantics of the present day and of myth and legend something different. One such challenge is to spot the Top 20 birds and mammals. For those who believe a little further, you may like to go in search of the legendary Boobrie.

The Boobrie is a mythical water bird of Scottish Highlands folklore. Said to be similar to a Great Northern Diver but with white markings and the ability to roar. It is said to haunt lochs and salt wells while very long heather was the natural resting place and shelter of the Boobrie.

According to the most authentic reports, the animal was endowed with the power of assuming at pleasure the forms of three different animals. Those of a most enormous and ferocious water-bird, of a water-horse and of a water-bull.

The Boobrie as a water-bird has wings that appear to have been given by nature more for the purpose of assisting him in swimming under water, than flying. He is larger than seventeen of the biggest eagles put together. His neck is two feet eleven inches long, and twenty-three inches in circumference, his bill is about seventeen inches long, black in colour, measuring round the root about eleven inches; for the first twelve inches the bill is straight, but after that assumes the shape of an eagle's and of proportionate strength. His legs are remarkably short for his size, black, and tremendously powerful. The feet are webbed till within five inches of the toes, which then terminate in immense claws of most destructive nature. The print of his foot on the mud at the end of the lake (as accurately measured by an authority) covers the space generally of the span of a large wide-spreading pair of red deer's horns.