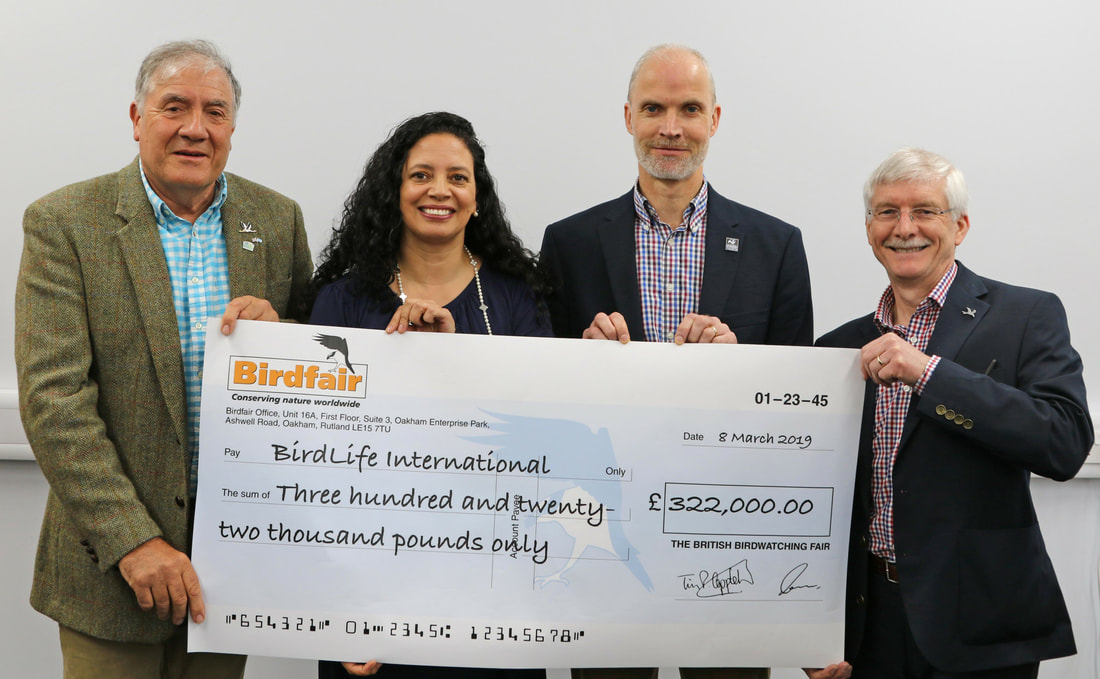 ​This impressive total has been raised through entry tickets to Birdfair, sales of Birdfair merchandise and charity auctions. This year’s Birdfair, which will run from Friday 16 - Sunday 18 August, will fundraise for BirdLife International’s “Conserving Cambodia's Big Five” project. This project will secure protection for Western Siem Pang Wildlife Sanctuary and its Critically Endangered birds.

Western Siem Peng in the Mekong basin stretches across the border between Cambodia and Laos. The Big Five are the Critically Endangered Giant Ibis and White-shouldered Ibis and three declining vulture species: White-rumped, Slender-billed, and Red-headed are just about clinging on. But the site urgently needs protection from the spread of human land use.

Funds raised in 2018 will go towards creating a haven for Flamingos at Mar Chiquita in Argentina. Mar Chiquita is the biggest salt lake in South America and the fifth largest in the world: 45 miles long and 15 miles wide! As well as three species of Flamingo, many other birds depend on the lake and the money raised by Birdfair will go towards protecting this crucial site. BirdLife International, working with Argentinian BirdLife partner Aves Argentinas, will create Argentina’s newest and largest national park here.

The amount raised by Birdfair last year brings the total generated by the event, which has run annually since 1989, to over £5million. This money has supported projects across the globe, from Madagascar to Sumatra.

Tim Appleton, Birdfair founder and manager, said “Thanks to the 23,000 people who came along last August we’ve been able to make a huge difference to bird conservation in Argentina. It’s always good to know when you book your place at Birdfair you’re part of something big, and every single attendee really is making a difference for nature.”

Birdfair is jointly promoted by the Leicestershire and Rutland Wildlife Trust and the RSPB. The event is held at Rutland Water Nature Reserve which is cared for by Leicestershire & Rutland Wildlife Trust in partnership with Anglian Water. A spectacular wetland, it provides one of the most important wildfowl sanctuaries in the UK, regularly holding in excess of 25,000 waterfowl.