'We’ve known for many years that Arctic skuas numbers have been going down in Scotland but this study reveals just how bad the declines have been at some of their most important breeding sites.' - Dr Allan Perkins, Senior Conservation Scientist at RSPB Scotland 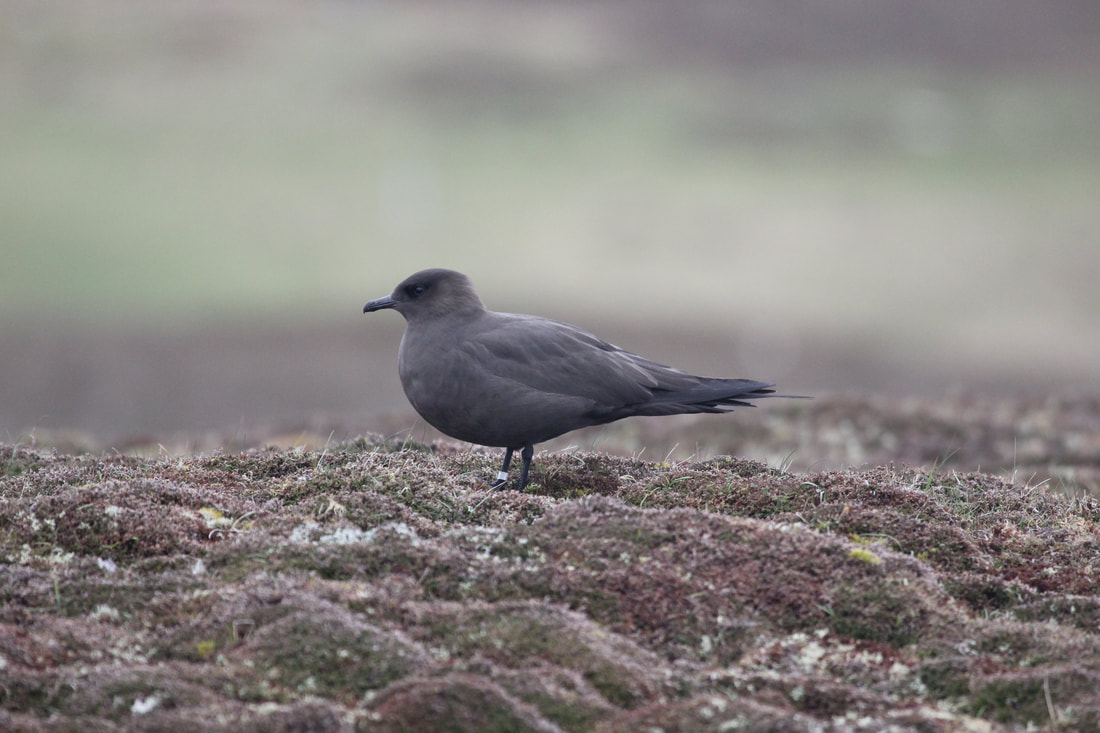 Arctic skua image: Ian Francis
Arctic skuas could become extinct as a breeding species in the UK according to a new study by the RSPB’s Centre for Conservation Science, published in the Journal of Animal Ecology.

The study found that the main driver of an 81% population decline is a huge decrease in breeding success, caused by a reduction in the food, particularly sandeels available to the birds at the crucial time of year they need to feed their young.

Conservation scientists studied data from 33 Arctic skua colonies between 1992 and 2015. These colonies hold around a third of the UK’s breeding population of Arctic skuas, all of which are found in Scotland.

Dr Allan Perkins, Senior Conservation Scientist at RSPB Scotland and the study’s lead author said: “We’ve known for many years that Arctic skuas numbers have been going down in Scotland but this study reveals just how bad the declines have been at some of their most important breeding sites. Lack of food has been the biggest pressure for these birds and shows just how vulnerable our seabirds and marine life are; as sandeel numbers have declined around these key north-east areas in Scotland the whole food chain is impacted. If these sharp declines continue, it’s possible that Arctic skuas will be lost as a breeding species in Scotland.”

Arctic skuas are medium sized seabirds with pointed falcon-like wings and long pointed tail feathers. Unusually, there are two colours types; dark brown all over, or a dark brown back with white face and chest. They are rare red listed breeding birds in the UK; Scotland lies at the southern edge of their global breeding range, and their UK stronghold is in Shetland and Orkney. The loss of them as a breeding species here would not only mean a loss for UK biodiversity but also a contraction in the global range of these birds.

Arctic skuas are known as the pirates of the seabird world because they steal their food from other seabirds, a behaviour called kleptoparasitism. They take advantage of the diving skills of these other birds to catch small fish such as sandeels, before launching an acrobatic aerial chase with many twists and turns until the food is dropped.

The 33 colonies included in the study are in Orkney, Shetland and Handa. In 1992 they held 1,061 breeding pairs of Arctic skua; by 2015 this had reduced to just 200. If such declines have been replicated at the other Arctic skua breeding colonies it could mean as few as 550 pairs are left in Scotland. The total breeding population of Arctic skuas in Scotland will be measured by the Seabirds Count census, a full survey of Britain and Ireland’s seabirds during 2015–19 which is currently underway.
The study used data collected since the early 1990s to see what might be causing declines at these colonies. The study authors looked for associations between the breeding successes of Arctic skuas, local food availability and predation pressure.

Local populations and breeding successes of four other seabirds – kittiwakes, guillemots, puffins and Arctic terns – who Arctic skuas often steal food from, were included as indicators of the food availability in these places. Populations of these four species are known to be declining in many of the Arctic skuas historic strongholds, most likely due to a lack of sandeels, caused by warming sea temperatures.

Arctic skua breeding success fell from an average of 0.9 chicks per pair in the early 1990s to 0.3 chicks per pair by the 2010s. This coincided with steep declines of the four other seabirds at nearby colonies also showing the severe impact of the reduction in food availability. The Arctic tern, kittiwake and puffin colony sizes studied all reduced by around 90% each, and guillemots by 42%. At some colonies predation by great skuas, known as bonxies in Orkney and Shetland, added to the pressures faced by Arctic skuas caused by food shortages.

Peadar O’Connell, RSPB Scotland’s Marine Policy Officer said: “This study provides a shocking snapshot of how Scotland’s Arctic skuas are doing and an indication of how other seabirds are also faring in north east Scotland. To protect Scottish seabirds, now and into the future, we need to ensure Scotland can provide safe places for them to breed, and secure protected areas for them at sea to feed. One positive outcome would be for the Scottish Government to formally classify the 15 currently proposed Special Protection Areas for seabirds, including two sites for Arctic skuas.”

www.rspb.org.uk/birds-and-wildlife/wildlife-guides/uk-conservation-status-explained/
​
OTHER POPULAR STORIES TO READ: